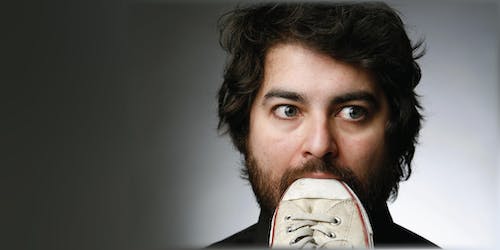 Sean Patton is a comedian based in Los Angeles and New York, by way of New Orleans. He began doing stand-up in the Crescent City and has since performed in comedy clubs across the U.S. and Canada. He has also performed at festivals including The Melbourne International Comedy Festival, Just for Laughs in Chicago, Toronto & Montreal, as well as Denver’s High Plains Comedy Festival. He's appeared on IFC'S Maron, Comedy Central's Inside Amy Schumer and TruTV's Those Who Can't. In 2019 he and co-host Caitlin Cook launched their podcast, 5 Words, on the All Things Comedy network.

Presented by: TACAW and Coventure