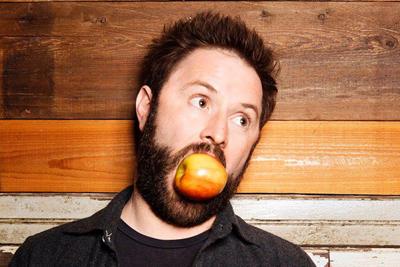 If you’re a follower of Comedy Central and its Sirius XM channel, you may know Adam Cayton-Holland comes from Colorado, so, as he says in his half-hour TV special on the network, “I’m chill as (expletive).” While that may begin to describe Cayton-Holland’s outward demeanor and laid-back delivery, in a professional sense, rest assured the Denver-born comedian, actor and writer is anything but chill.

In addition to doing standup comedy when his schedule allows, including tonight at The Temporary in Basalt, Cayton-Holland produces, writes and stars in the truTV series “Those Who Can’t,” which he created with Ben Roy and Andrew Orvedahl, his cohorts in the Denver comedy troupe The Grawlix. And last August he released the memoir “Tragedy Plus Time,” in which he writes about the suicide of his little sister. (He also has a newborn baby to tend to at home.)